On April 8 WEAR GREEN to remember the Humboldt Bus Tragedy and in honour of the Logan Boulet Effect and let’s inspire one another by registering as donors, and telling our families.

Last April, Canadians rallied together in support of the victims, survivors and families of the tragic Humboldt Broncos bus crash. Many students and teachers took part by putting out hockey sticks in front of their classrooms and wearing their jerseys to school. This year, the family of Logan Boulet is holding the first annual national Green Shirt Day in honour of their son and the Broncos family, and to increase awareness about the importance of organ donation. Green Shirt Day is on Sunday, April 7, but we are asking schools and workplaces to consider participating on Monday, April 8.

Before Logan Boulet was fatally injured in the Broncos bus crash, he had registered his decision to be an organ donor and discussed his wishes with his family. The 21-year old defenceman went on to save six lives with his generous gifts. In the weeks that followed, Logan’s story inspired more than 100,000 Canadians to become registered organ donors. This became known as the “Logan Boulet Effect”. Now, the Boulet family would like that legacy to continue throughan annual Green Shirt Day (greenshirtday.ca, #GreenShirtDay).

We hope your schools will join us in this movement of hope and inspiration by wearing green or a hockey jersey on April 8. 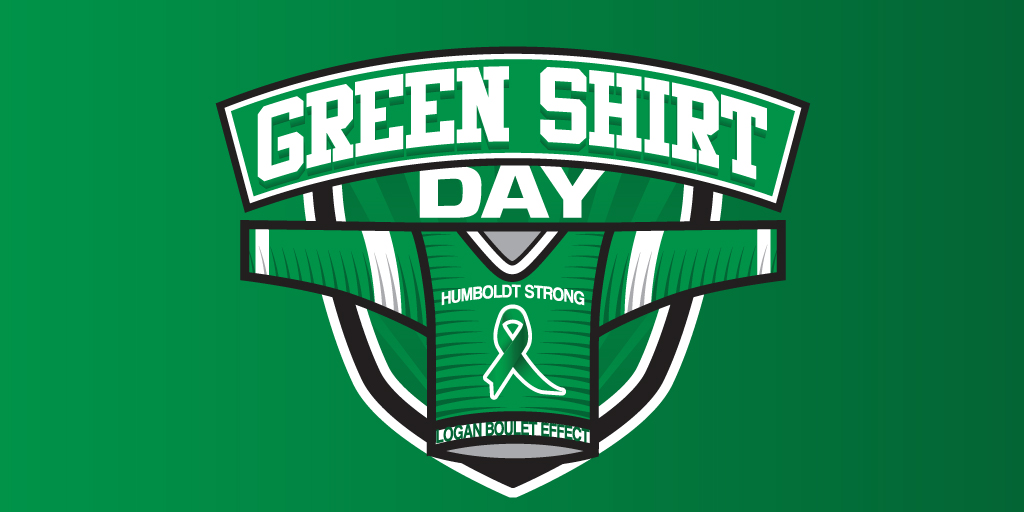